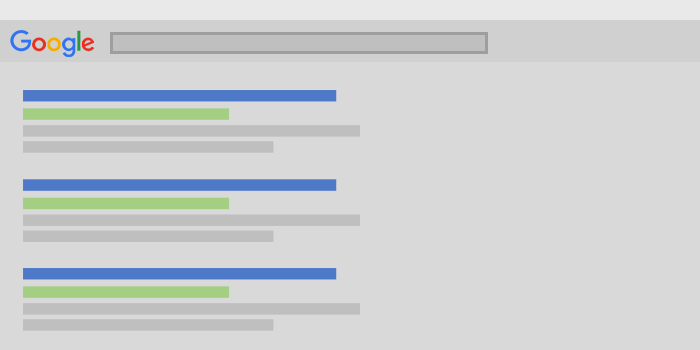 Has Google Killed Off In-Depth Articles?

Update: April 28 2016 – turns out it was just a bug that lasted 2 weeks. It is back in all of its glory, and I confirmed with a representative from Google that it was indeed a bug.

Well I’ve held my tongue for long enough about this issue. It seems as though Google has killed off their in-depth article program which launched in 2013. The program which was integrated into Google’s own search results was designed to highlight “in-depth articles” that were considered the authority on the subject matter being searched for.

Speaking with Dr. Pete from Moz, we both theorized that this feature might have been removed as part of a bug, glitch or test. Now almost 3 weeks later since that discussion, I think it’s time to call this what it is: removed from the SERPs.

When Google first launched the program, it was bedazzled with features such as images, icons, URLs and snippets:

Google search screenshot taken in 2013 around the time when in-depth articles went live.

After a year or so, they started axing away at these features removing the icon, image and everything else. By early 2016 it was nothing more than a regular SERP result, the only way you could even tell that it was an in-depth article was from a tiny <hr> (horizontal rule) separator at the bottom of the search results.

The only thing I’m holding onto is the fact that Google hasn’t made an announcement, and they haven’t taken down their documentation on in-depth articles. They also haven’t updated that page to reflect the recent changes either.

Sadly, one of my most linked to articles ever was a post I did about Google favoring in-depth articles for high authority brands.

To illustrate, here is a before and after of a very prominent SERP “Barrack Obama” taken in late 2015 and again today April 2016. In-depth articles do appear to be missing from the search results. 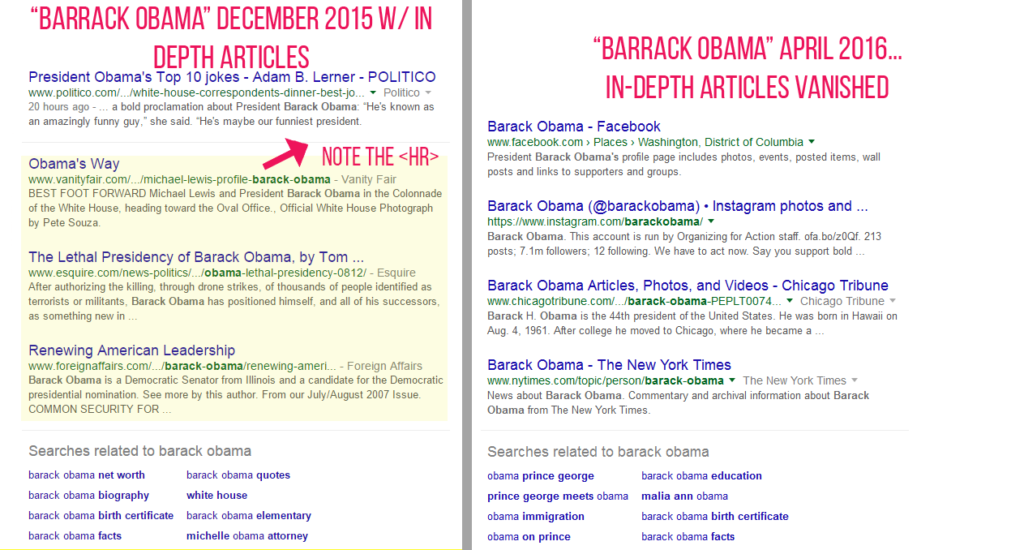 It appears as though Gary Illyes of Google is taking some steps to investigate this himself. As soon as we hear back on this, we will update this post!

Does anyone have anything to add to this? If so hit me up on the comments below or as always on Twitter.