Most people just want the basic features of email: from, cc, bcc, and attachments. Maybe some MIME/rich media.

Recently I decided to give Google Inbox, Google’s latest app (or Gmail’s latest app) a try just to see what all the hype was about. Within about 10 seconds into my experience with Google Inbox I realized it was just that, hype.

Keep in mind, I do not like change, I am a hardcore minimalist, very stuck in my ways, and a huge skeptic in general.

So here is what you get in general. This is Google Inbox: 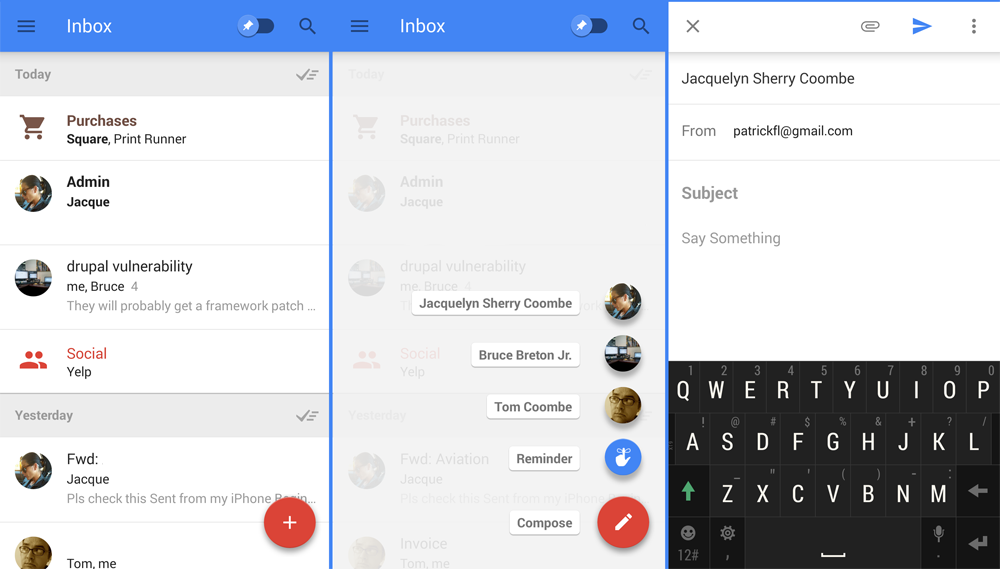 Let’s keep it real simple here. Upon first look, it is an email app that attempts to categorize your emails (much like Gmail’s new “tabs” which I have disabled since day 1) and a reminder app. Nothing more.

Sending email is exactly the same as Gmail, I really struggled to find any differences or features that really popped out as new.

Inbox does attempt to guess your most contacted contacts and highlight them, which I suppose they did OK with. Gmail also kind of does this.

As far as the categorization of emails, I feel as though they really missed the boat on this one. See the tab (image above) labeled “purchases,”neither one of them was a purchase. One was a notification from Square of a deposit, the other one was a shipping notification for some print work. I guess they both have something to do with something being purchased.

The reminder app built-in was really meh. It is extremely minimal (which I usually really like) but I feel as though it was just thrown in there because some group of people responded to a survey that said they want reminders in email.

(note: I am personally a big fan of Google Keep for reminders and such.)

I did not see any way to add dates or times to your reminders, but I did not dig too deep. 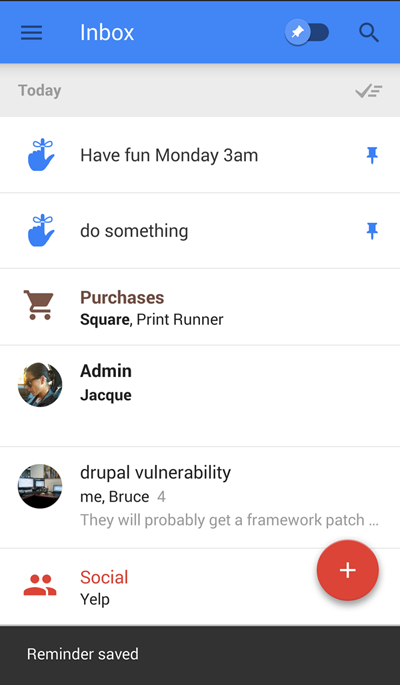 I’ve received tons of email notifications from Twitter and Facebook, yet Inbox decided to highlight an email from Yelp in my “social” feed.

I really got confused / scared when I saw this even though it had a popup tip. I just left that alone. 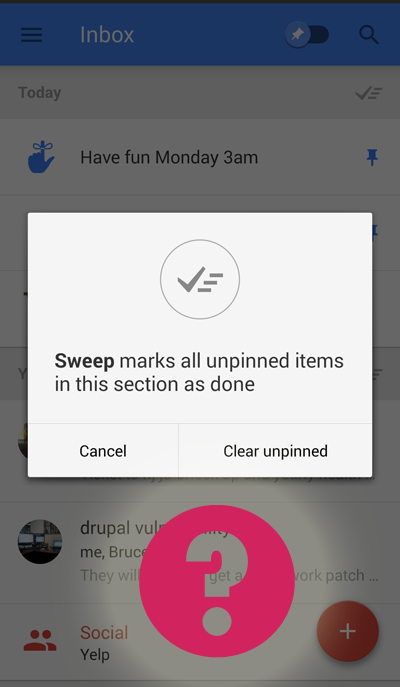 The menu was exactly what I expected it to be. A bunch of categories, some labels, and settings. 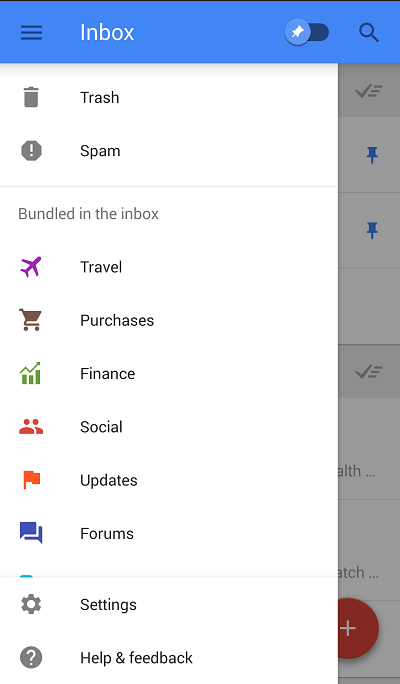 I didn’t realize Inbox has a desktop app until I started writing the post. The only part that really stuck out to me was the fact that it has Google Hangouts right there on the sidebar. 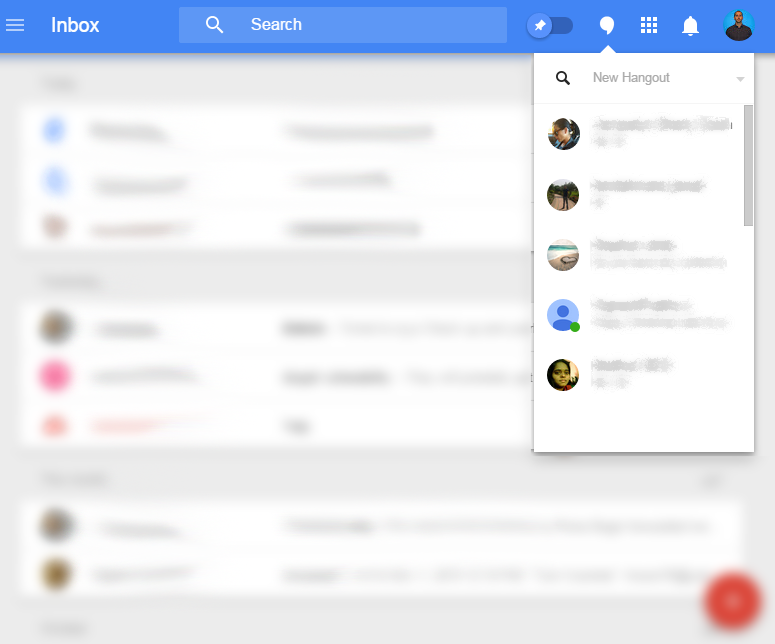 But again, Gmail has this exact same feature right on the right hand sidebar.

The desktop version is beautiful and fun to use, but not something I feel as though will make my life better.

I want email, plain and simple. You simply cannot reinvent the wheel.

Gmail has every single feature that Inbox has, and vice versa. These “bundles” that Inbox has could be accomplished with labels. I already do reminders with Google’s reminder app or Google Keep. I am really struggling to see what all the hype is about.

Yes it is beautifully designed and has all the latest features in modern day web development. But that is just not enough dang it.

The search was exactly the same. Same operators (from:, has:attachment, etc) same everything. Slightly different UI and it appears to use some sort of AJAX live display but nothing new.

Don’t get me wrong, I am a huge Google fan and love so much of the work they do from a design and UX perspective, but this project was just a flop.

As a power email user with email admin experience, I found the whole “snoozed” and “done” email labels to go against the very grain of email usage in general. Emails can be in one of a few states:

I don’t exactly know what “snoozed” means, but I don’t like it and it does not make sense.

I’m still very confused over this experience. I’ve played with Google Inbox for about 30 minutes total, and I just don’t get it.

Doesn’t Gmail already own the email service/client game in general?

I really love Gmail. I frigging love Gmail labels. I absolutely love that I can create custom filters using Gmail. But most of all I love that Gmail is just simple, and if I want just email I can have just email.

Overall I found Inbox to be very confusing. I did not hate it, nor do I think it is poorly made, I just feel as though it is redundant to Gmail. I love Gmail and I will continue to use it. I also love Google and will continue to test any new product they throw at me, including Google’s new domains (love), Gmail (love), Google+ and more.