I stumbled upon Conrad Hackett’s nifty little Twitter trick tonight, which managed to put a smile on my face and scratch my head for a brief instant 🙂

The tweet plays a bit of a mind trick by asking the user to double click the picture.

Upon looking at the “first” photo, it appears to be a white and grey illustration of a kid laying in his bedroom. 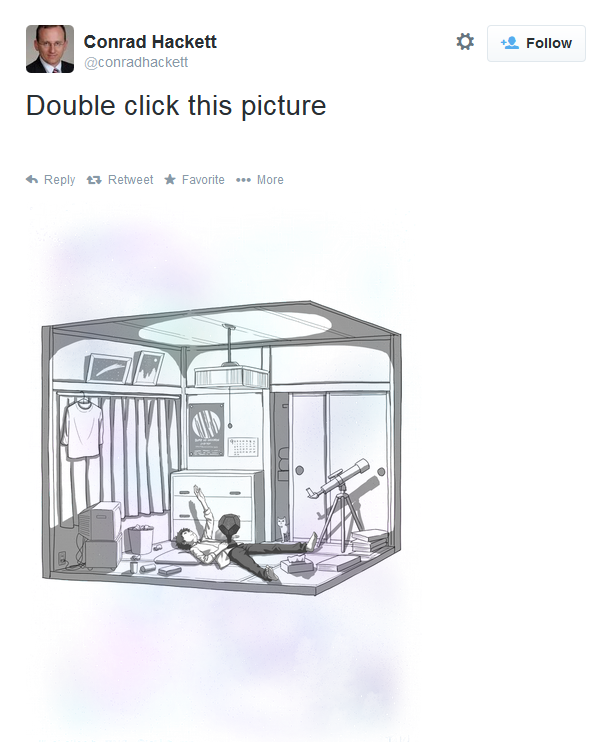 Once double-clicked, the photo “transforms” into the same kid laying within some heavenly atmosphere: 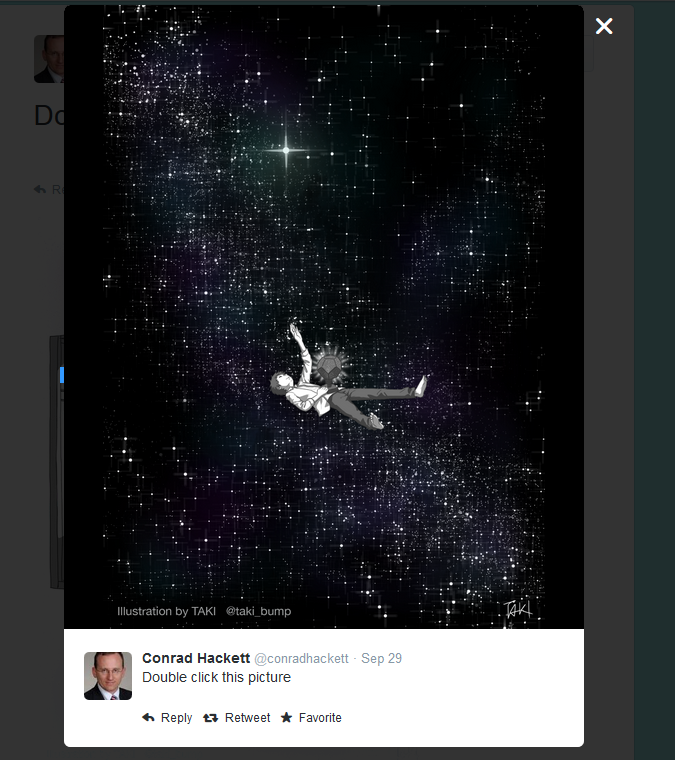 So how does it work?

I must say, this is a nifty trick. It uses an extremely simple technology but uses advanced photo illustration techniques.

You see, when a photo is double clicked within Twitter, it is opened up within an overlay that uses a darker background than the one on Twitter’s timeline.

The photo takes advantage of this by using contrasting colors. That is basically it!

I tested this by opening the PNG up in Photoshop, dropping a transparent layer below the photo, and filling it with black.