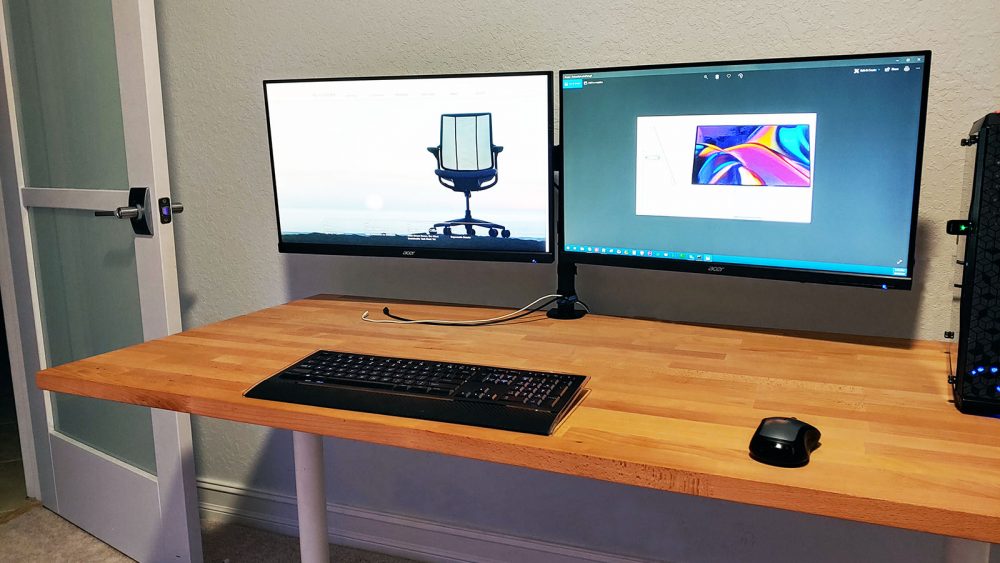 Apple’s new “pro display stand” is truly repulsive. Other than the obvious fact that it is an overpriced piece of (probably) composite aluminum, it lacks basic features that even the most entry level monitor stands have… and I’m going to prove it.

I’ve been using VIVO’s dual LCD monitor stand for about 10 years now, and it does everything I need and more. In fact, I’ve purchased over 10 of these for my office and everyone that uses them instantly loves them and I never hear any complaints.

For anyone wondering, the total cost of my dual-monitor / arm setup is about $350 including both monitors. I’m just fine with HD 1080p, I can live without 4k/6k/8k.

My monitor stand costs $32 and includes free shipping. The only con I can think of is that my stand needs to be assembled, but its extremely simple to put together and takes just a few minutes.

Not to mention, pretty much every monitor and TV since the beginning of time has shipped with some sort of stand. Why is Apple now charging for this?

It appears as though Apple’s monitor stand moves in a few ways: tilt, up and down, and swivels from portrait to landscape.

VIVO’s monitor stand does all that, but rotates on every axis you can imagine, and has multiple hinges to adjust to your preferences. You can swing the entire arm 180 degrees to show someone across the room what you are working on, Apple’s monitor stand cannot do this.

Most other monitor stands adjust the same way my cheap monitor stand does, some higher end options even come with loaded gas spring options which makes adjusting just that much easier.

While Apple’s monitor stand is capable of moving in a few directions, its very limited by its base and limited mobility. The arm sits on a fixed base, which makes it unusable for people using standing desks, unless you hack something together. I’d venture to guess certain people with disabilities would have difficulties with the height limitations as well.

Apple completely disregarded cable management in their design. Their photos look nice and sleek, but what happens when you add a display port / HDMI cable, and (maybe) power cable to the stand? I’m guessing you’ll need a bunch of zip ties to tidy it up. Actually from the looks of this photo this is USB-C / thunder. It does appear to have a giant hole down the middle, which I guess this is where the wires are supposed to go through.

The $32 VIVO monitor stand comes with multiple cable management features, and has a thin enough base that you can zip tie any loose ends up.

From a side view,  it looks like a dainty little designer stand. From the front or rear, it is a massive chunk of metal.

So apparently this monitor stand is my next #iPhone. Because I sure as hell am not going to pay $1000 for each, so it has to be one or the other. WTF is @Apple thinking???
-signed, a previously unapologetic fan, who has now joined the disillusioned pic.twitter.com/secFw0enJ9

In addition to its bulkiness, it has a fixed base which is a dealbreaker for many monitor-arm enthusiasts. You see, one of the main reasons people even buy monitor arms is to free up desk space. Most monitor arms come with multiple mounting options such as a clamp or “bolt through” where you can actually screw through your desk or other material.

Apple’s monitor stand sits right on your desk, and its base takes up quite a bit of desk real estate as opposed to other monitor arms which only take up about 2 square inches of desk space.

If you wanna rock your new designer Apple monitor stand with say a Dell monitor, you’ll need to cough up an additional $199 (plus the $999 base price) to make it VESA compatible. Why can’t Apple stick to widely accepted international standards, I don’t know.

Correction: the $199 VESA adapter is for the monitor to connect to a 3rd party stand. I’m still a bit confused about this.

I’m being told the kerfuffle over the Apple ProStand was a problem that could have been prevented by marketing it differently. Here’s an idea: Maybe not actually charging $1,000 for a monitor stand would have fixed the problem too. pic.twitter.com/WgDgGMmJf0

It has no features

Companies like Humanscale, which you’ll find in high end designer offices throughout the world, make really cool features for their monitor arms. They make integrated USB & monitor docking stations that really gives a clean look and adds some amazing features. Wouldn’t you think that Apple would add some thunderbolt, lightning or even USB 2 ports to this thing? Nothing, just a chunk of metal. 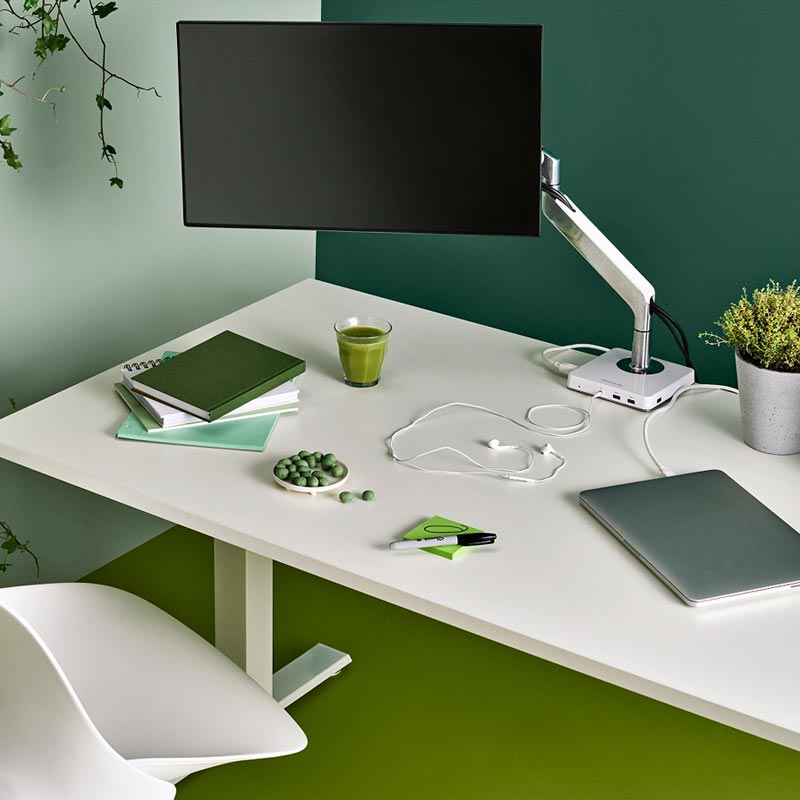 Humanscale makes beautiful monitor arms loaded with features such as docking stations and charging ports at least half the cost.

While I am an avid PC and Android user, I am not an Apple hater. In fact I think Apple makes a truly superior product in many ways. The iPhone clearly is most people’s favorite and while it is overpriced, it is almost warranted with all the complex electronics, materials, and engineering that goes into it.

Apple is a luxury brand, like Rolex, Gucci, or Lamborghini. This monitor stand fits right into that demographic. The part that is not sitting right with most people is that tt is truly just a hunk of metal with an internal mechanism inside. Most luxury goods (like Rolex or Lamborghini) are actually impressive examples, the Apple Pro stand is not.

Apple’s latest monitor, stand and product line is not aimed at the budget user. I am not complaining about the price of their products such as their monitor or the Macbook, I’m pointing out the lack of value in the monitor stand. If you are a friend or follower of mine and you decide to get one, I hope you enjoy it. However before you purchase it I’d urge you to check out the already existing wide range of high-end monitor stands out there with some very impressive features.

Also for some lolz checkout this page dedicated to people making fun of the Apple monitor stand.

Let me know your thoughts! And if I made any mistakes please feel free to let me know. ✌️